John/Paul, Gotye, and the Power of the Tune


The above link carries you, the gentle reader, to a depiction of the impact the irresistible Gotye-earworm can have even on the skeptical and unwilling listener. "Somebody I Used To Know" is an unusual pop ditty in that it features not only one eminently hummable (though only marginally singable) primary melody, but verses that, compared to most current pop tunes, are downright Schoenbergian in their complexity. There is the relentless 'rinky-tinky-tinkytinkytink' xylophone tune, the boing-boing-a-boing-boing-boing synth countermelody (at least I think it's a synth), plus a verse that actually features phrases longer than a measure and, even, almost, a sequence!Then just when you think you have successfully resisted THOSE burrowing sonic larvae, along comes that high, keening, Sting-sounding melody with its catchy 'Ahhhhahhhahh....oooohhoohhhoohhh' backing vocals. Is it any wonder that this number by an obscure Kiwi has become the most infectious, ubiquitous tune of the year?

Others have had similar successes in pop music, from Lennon/McCartney to Michael Jackson. Giving the casual, non-musically-educated listener something slightly more complex to listen to and reacting with shock when he/she embraces it, with all his/her millions of listening and music-buying companions, the record industry still doesn't quite seem to get it - but then again, neither does the classical music world. Though it is producing more work that is tonal and listenable than in the recent past, when was the last time you heard an actual tune in a new classical piece that was not part of a film soundtrack? I'm talking within the past 20 years.

(Apologies in advance to those of you out there that are actually writing tunes in serious music, whose work I have not yet come across.)

The success of Gotye's single proves that the public can handle songs with multiple, intersecting melody lines. Didn't that used to be called counterpoint?  And isn't counterpoint the basis and wellspring of the Western tonal classical music tradition?

So why has it gone away, seemingly forever?
Posted by Bloghilde at 1:03 PM No comments: 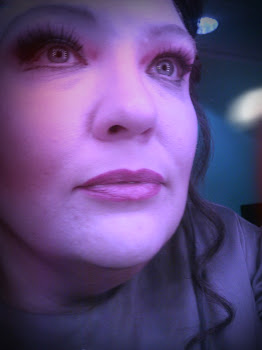